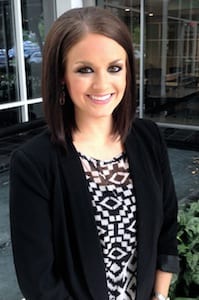 As a Jr. Recruiter at SGP, Britta works hands on with candidates helping the team stay organized and on top of the detailed hiring process. She loves connecting with people and values the work she does, especially helping job seekers find positions where they will be both successful and happy.

Britta was first introduced to recruiting in 2010 while working for a logistics company. In this role, she gained a considerable knowledge of the full-cycle onboarding process and found she had a passion for it. In 2011, she transferred to Tennessee and joined Western Express as a recruiter where she continued to broaden her recruiting expertise and knowledge of logistical support.

As an alumna of the University of Alabama, Britta is an ardent Crimson Tide football fan. She has also learned to root for the Titans since relocating to Tennessee.