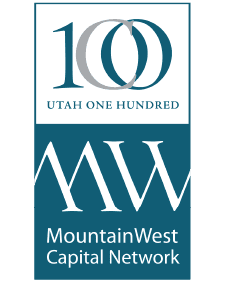 SEARCH Group Partners is pleased to announce that they have been chosen from among some of Utah’s most prominent companies to be recognized at the MountainWest Capital Network’s Utah 100 Awards luncheon as one of 2015’s Emerging Elite Companies.

The MWCN committee received a record number of entries for the 100 Fastest Growing Companies and an almost 400% increase in nominations for the Emerging Elite award.  It has been a great year for business in Utah and the entry numbers are proof of this.

The MountainWest Capital Network’s Utah 100 Award luncheon will be held on Tuesday November 3rd, 2015 at the Grand America Hotel Imperial Ballroom with an awards program and luncheon from 11:30 a.m.-1:30 p.m. Additional information on the event and a full list of companies being honored can be found here.

It has been an incredible year for SEARCH Group Partners. In the past twelve months they have been awarded the Inavero’s Best of Staffing® Client Award and in February, the firm’s CEO, Ema Ostarcevic, was nominated for Utah Business Magazine’s 40 Under 40.

Thank you for your continued support and loyalty.